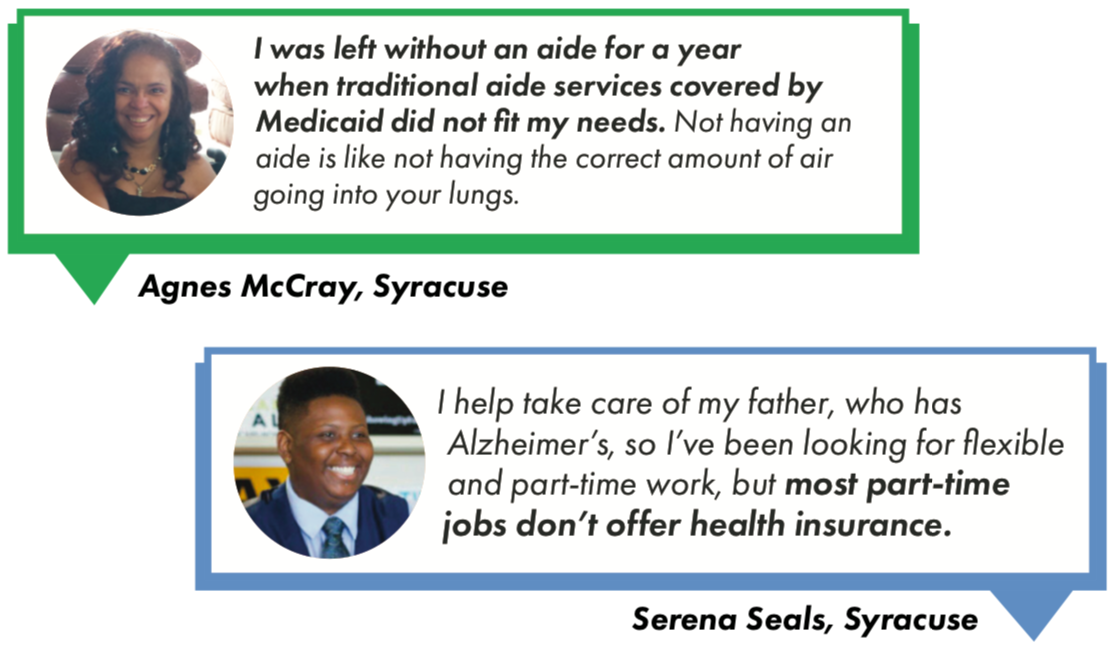 Movements start with the telling of untold stories. Our personal stories are the evidence that proves the failures of the current system to meet our collective healthcare needs. Thousands of New Yorkers shared their story as part of the Coverage to Care: People's Report on Healthcare in New York which found that even most people with insurance struggle to access the life sustaining care they need. Please share your story with the Campaign for New York Health in order to shine a light on the need for a universal healthcare system that guarantees care for all of us, a system where no one is left behind.

All testimonials are carefully reviewed and considered for possible public use, whether in testimony to affect legislation or in the public arena such as social media and publications to inform and effect public opinion. We will NOT publish your story without first contacting you. Here are a few questions to consider when writing your healthcare story:

To share your story as a photo or video email info@nyhcampaign.org. Thank you!