This last year has seen a massive surge in support for guaranteed healthcare in New York State and across the nation. The New York Health Act—our state universal single payer bill—passed the Assembly for the fourth consecutive year in 2018 and a majority of NYS Senators have voiced support for the legislation. In Congress, the House has announced public hearings for Medicare for All. This is a historic moment in the fight for the right to healthcare. 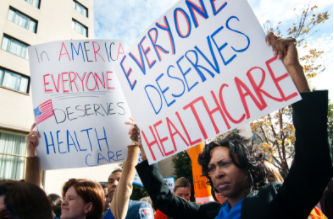