'Medicare for All' Town Hall

Posted by Katherine Robbins 3379.40sc on

Sanders Announces Medicare for All Town Hall With NowThis, The Young Turks, ATTN: 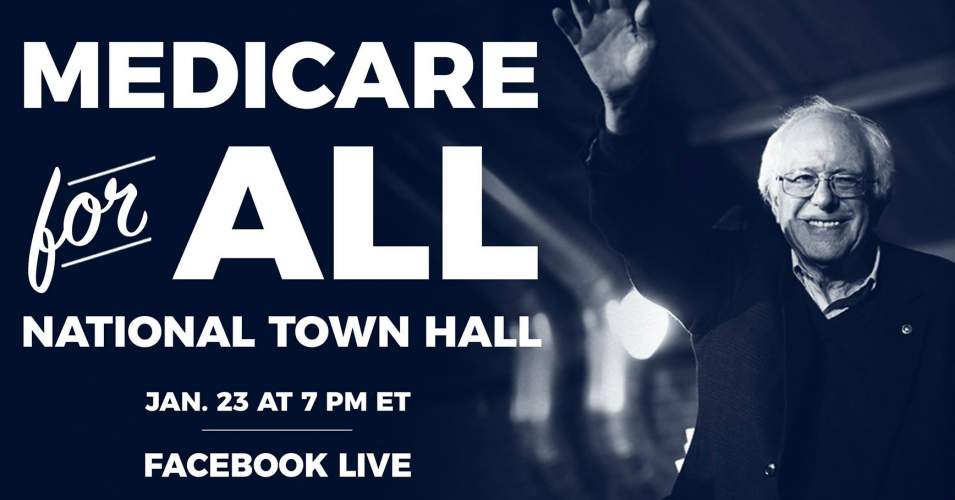 Sen. Bernie Sanders will be partnering with leading digital outlets NowThis, The Young Turks and ATTN: on a groundbreaking Medicare for All national town hall on Tuesday, January 23rd from 7:00 - 8:30pm, stating that "for the first time, leading digital outlets will come together to do what cable channels and network news will not – engage in an in-depth conversation about one of the issues that matter most to Americans, their health care. The event will be streamed live across Sanders', NowThis', ATTN:'s and The Young Turks' social media channels."

"For the first time in American history we will be holding a nationally televised town meeting on Medicare for all. The United States is the only major country on earth not to guarantee health care to all people, but amazingly there has not been one network town hall to discuss why our system lags so far behind every other industrialized country," Sanders said. "We are going outside the traditional media to change that, to talk about the real issues affecting the American people."

We encourage supporters of the Campaign for New York Health to tune into this important discussion!